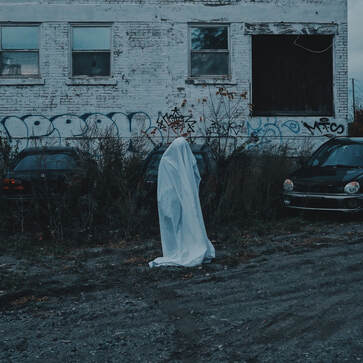 One of the first things that always comes up when I start talking about Spiritism is the question, “Is that the same thing as Spiritualism?” A lot of folks have heard about the latter, mostly through media portrayals of spirit mediums, and possibly the stories connected to greats like Sir Arthur Conan Doyle and Harry Houdini, both of whom had extensive interaction with Spiritualist mediums. But not a lot of people have ever come into contact with Spiritism, unless of course you are from esoteric communities in South America, which has held the largest population of Spiritists since the birth of the movement in the latter part of the 19th century. In that case you’ve probably heard of Espiritismo, which will be talked about in greater detail in a later post as it has taken on some other, more unique forms. For now, I’d like to talk about some of the main differences between Spiritism and Spiritualism. Of course, there are likely many more I’ll not be able to mention here, but these are some of the differences that were talked about either by Allan Kardec himself, or others of the early Spiritists, in order to differentiate themselves from the commonplace spirit mediums of the time.
I should note here before we start that today the words “Spiritualist” and “Spiritist” are often used interchangeably, although there’s some debate about the dangers of this. While early Spiritualists might have rejected certain beliefs coming out of the Spiritist movement, many today who identify as “Spiritualist” now have incorporated similar ideas into their own system. The differences below are more based upon what historically separated the two movements from each other.
The Umbrella
The word “Spiritualism”, according to Allan Kardec and other philosophers of the time, can act as a simple umbrella term applied to any belief system that opposes materialism. This means of course that all major religious traditions, based upon this definition, technically fall under the umbrella of Spiritualism, or a Spiritualist philosophy. Because he felt like the word “Spiritualist” didn’t define any of the personal beliefs he had about the spirit world, Kardec wanted to create a new term for a new idea. Thus Spiritism and Spiritist were born to be able to pinpoint exact beliefs about the relationship between the living and the dead as defined in the Spiritist Codification of five books: The Spirits’ Book, The Mediums’ Book, The Gospel According to Spiritism, Heaven and Hell, and Genesis.

Now, we don’t really use the word “Spiritualism” in the same way these days, unless of course you are a part of certain philosophy circles, where the term might be still applied to the belief opposing materialism. I’m not a philosopher so I’m not sure. Today most people would lump a lot of the beliefs held by Spiritists under the term “Spiritualism” but since the birth of the philosophy these ideas have been differentiated by members, sometimes quite aggressively.

It is certainly true to say that Spiritism is a form of Spiritualism, but Spiritualism isn’t necessarily a form of Spiritism. Unless of course we are holding to the more modern definition of the word “Spiritualism” in which case a more fine tuning based on other differences will be needed.
Religion vs Philosophy
When the Spiritualist movement first got on its feet it was eagerly accepted by many religious groups as definitive proof of an afterlife and a very effective way of gathering new members into the fold. Allan Kardec and his Spiritists, though, saw the zealousness of the Spiritualists as being counter-intuitive to the real relationship between humankind and the spirit world. As a result of their observations, early Spiritists wanted to define their movement as a universal philosophy, not a new religious sect or denomination, that could be applied to all kinds of religious belief, and even to those in society who held no religious beliefs at all. In this way, Spiritism has often been described as a “secular spirituality,” in that it offers a certain worldview about the relationship between humans and spirits without necessarily requiring any religious belief. That said, the early Spiritist documents, including the original codification by Kardec, is littered with Christian symbolism and thought, mostly because those writing the materials were Christian themselves, or at the very least still worked within a Christian worldview. The very basis of Spiritism, though, presents a radical view of Christianity where Heaven and Hell aren’t actual, permanent locations, but rather exist within the mind of the spirit, and reincarnation is a perfectly normal process of life. So, while these early works might present certain Christian viewpoints and beliefs, nothing within the philosophy itself is necessarily Christian. The intention has always been to provide people from all different backgrounds with a firm basis of belief on the relationship between mortals and the spirit world and what exactly it means to exist within that relationship. That said, one of the most popular Spiritist writers of the 20th century has to be Chico Xavier of Brazil, who channeled over a hundred books from various spirits and had a definite Christian view of Spiritism. His works, although very good, have unfortunately tinged Spiritism with a Christian tone that I don’t believe the original writers would have intended.

Because Spiritism is viewed as philosophy rather than a religion, modern organizations tend to call their groups things like, “Spiritist Meeting” or “Spiritist Reading Group” as opposed to the “Spiritualist Churches” that were at one time very common. In fact, one of the major criticisms of Spiritism by Spiritualists over the years has been this sort of “secularizing” of the spirit world, that many felt was inherently “Christian” or at the very least religious of some kind. Spiritualists like J.M. Peebles warned their flocks against the “demonism of the ages” as he called it, claiming that the secular views of the Spiritists would ultimately be their downfall. This very notion of universalism, in my opinion, has been what has made Spiritist meetings flourish while many Spiritualist churches are now failing. This universal approach to the spirit world as given by Kardec seeks to unify rather than break people apart into sects.
The Spirit World
Because we can view Spiritism as a precise sort of codification of the varying Spiritualist beliefs of the 19th century, we would expect some sort of organizing of the spirit world, and that’s what we get with Kardec’s The Spirits’ Book. In his work, Kardec shows us the spiritual hierarchy (which I talked about in my last post), laying out ten levels of spirits from the lowest, most ignorant or “errant” entities, to the highest and most altruistic or “pure” spirits. This organization was mostly absent from Spiritualist beliefs of the time, although many today have incorporated a similar breakdown into their personal beliefs.

For a time, many in the Spiritualist community viewed the division as simply between “good” and “evil” spirits, with the good spirits being angels or departed loved ones seeking to draw mortals towards a better, more holy way of living, and demons seeking to do harm to people and even tempt them towards Hell. For Spiritists, who already had doubts about the idea of an eternal Heaven and Hell, the spirit world was a much more complicated place, not divided solely into these two groups, but instead into a spectrum. This idea gave birth to one of the major beliefs of Spiritists, that the purpose of humankind is a progression, moving ever forward, from ignorance to altruism, from flesh to spirit. This progression is always forward, never regressing, meaning that while some spirits might display hostile or errant qualities, they still have the same potential to reach that pure state. I’ve always thought there was something very Buddhist about this belief, and it wouldn’t surprise me if early Spiritists were influenced in part by Eastern thought.
Throughout his works, Kardec is constantly reiterating to his readers that you shouldn’t fear spirits because even the worst ones are on this constant progression towards being better, and there’s always the chance that your words can help them out. This was a radical change from the Spiritualist views of the time (although again, many modern Spiritualists have incorporated similar beliefs) which mostly saw the spirits they were encountering as either A) set in their ways (as angels/demons) or B) bound to the earth until they complete a task they weren’t able to get to while alive. Now, Spiritists also believe that some spirits can appear as demons, others as angels, and yes, many, many spirits out there are stuck here needing some help before they can progress, but there’s the point, they are all still progressing. In Spiritism there are no permanent demons or angels, these are just labels people apply to certain spirits based upon their current actions in the world of the living.

Reincarnation
One of the biggest issues that separated early Spiritists and Spiritualists (although again, the separation is much less glaring these days) was the issue of reincarnation. For Spiritists this idea fit naturally into their organization of the spirit world. If we are all just spirits ever progressing towards purity, than surely we would have more than one chance, right? For Spiritists the answer was a definite yes. Kardec explains that spirits can return in different physical forms in order to learn the things they weren’t able to before. Now, he also states that reincarnation isn’t always necessary, that at a certain point some spirits will advance only in the spirit world, without ever needing another manifestation. He also states, which at one time was a very controversial notion, that spirits need not just manifest on Earth, but can become incarnate on any of the countless worlds in the universe depending upon what exactly they need to learn. Now, while the idea of manifesting on a distant planet seems exciting, he also explains that as spirits we tend to manifest close to our loved ones, because part of our progression is helping others to progress as well, and we will naturally have an affinity for those we loved in life.

For early Spiritualists though, this idea seemed contrary to their Christian beliefs (although Kardec wrote an entire book linking Spiritist beliefs to the Gospels to help dispel these accusations). The opposing worldview was that if a spirit was encountered it was either bound for Heaven or Hell, and if it is an earth-bound spirit, through your prayers and words you can help it be forgiven and head on towards Paradise. Unfortunately this belief still separates the world into this “good/evil” dichotomy which for me, like early Spiritists, doesn’t really seem all that kind, or even Christian. If all things were created by God, and all things are welcome to his forgiveness, than surely even the “demons” should be able to have the opportunity to change? This unnecessary separation of the spirit world also gave rise to a lot of fear among early Spiritualists, who at the first sign of a “noisy” or “trickster” spirit would cease all communication, thinking it a demon.

Reincarnation still stands as a major tenant of the Spiritist philosophy, as well as an idea that has been incorporated into many modern Spiritualist paths.